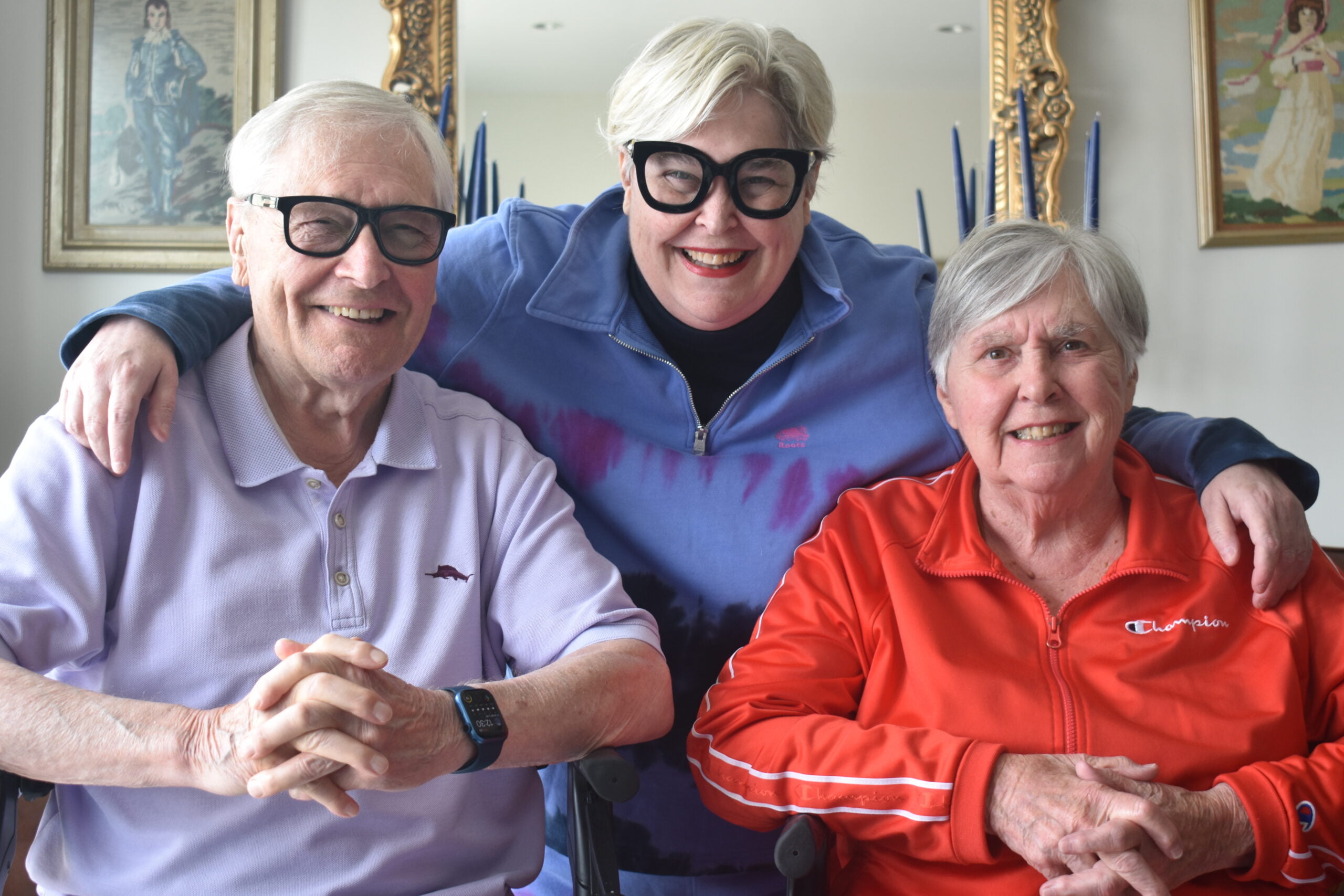 “It was just like you see on television,” remembers Jane Cook. “Mom’s mouth was drooping, her right side was paralyzed and we knew right away she was having a stroke.”

It was December 30th, 2021 and Jane’s mom MaryJane was rushed to the emergency department at Joseph Brant Hospital where she received a shot to clear the blockage while simultaneously preparing her for transport to a regional centre.

“I was receiving regular updates from Dr. Faulkner, and received a call from the nurse with mom in the ambulance that the shot relieved the clot,” says Jane. “She said I have the best news ever and mom was a good news story for sure.”

MaryJane had been diagnosed with dementia, and had no short-term memory. As a result, the team at JBH decided to admit her to the ICU for monitoring.

“She came home thinking she was a hotel for five days,” says Jane. “The food was good, and the service she received – the people were just so kind.”

Two days later, almost to the minute, Jane was back on the phone with the same 9-1-1 operator as her dad was experiencing similar symptoms.

“He said I can’t feel my hand – get Jane,” she remembers. “He was having trouble putting words together, and wasn’t really steady on his feet.”

The paramedics quickly identified that Frank had indeed experienced a mini-stroke, and brought him to Joseph Brant Hospital.

Frank spent almost three weeks on the rehab floor, where Jane remembers the incredible staff who looked after her father and called her with regular updates.

“All of the nurses were beyond great, beyond knowledgeable, beyond kind,” she says. “The fundamental approach was ‘How can I help you today?’.”

Frank celebrated his birthday in the hospital, and Jane and her siblings worked with the team to send over spaghetti and meatballs, garlic bread and a chocolate fudge cake.

“I’m so grateful for what they did for my dad,” says Jane. “They found he was dehydrated and had an undiagnosed stroke in the past. It was a blessing in disguise.”

For Jane, Frank and MaryJane, the experience with the team and the care at JBH was second to none.

“I was so impressed with everything,” Jane says. “When I retire, I’d like to work or volunteer at JBH – that’s the environment that makes you want to do better and to be a better person.”