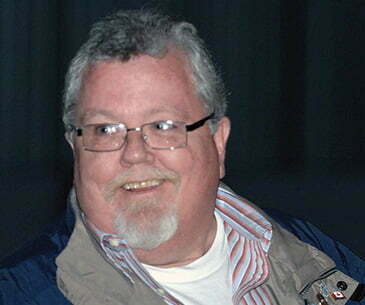 When Thane Munn was diagnosed with cancer, his approach was pragmatic and no-nonsense. He strived to maintain normalcy in his life, and the lives of his family.

“He did not want the cancer diagnosis to define him. He wanted to beat it and move on,” explained his wife Kathryn.

Through his treatment, Thane came to appreciate the quality of care provided by the staff at the Joseph Brant  Hospital Cancer Clinic.

“He wanted people to know about the great works that the clinic did, and continues to do,” said Kathryn. “He was always praising the clinic team – staff and volunteers alike – for their professionalism, compassion, sincerity, and humanness. They became akin to family members.”

Thane firmly believed in giving back to the community. He volunteered as often as he could. He was heavily involved in the Burlington Eagles Hockey Club, and joined his friends Angelo and Diane Bentivegna as an original member of the organizing committee for the Beauty and the Bistro; Be Our Guests, Save Our Breasts Event. The event went on to raise $450,000 over three years to purchase a digital mammography machine with biopsy attachment for Joseph
Brant Hospital.

While undergoing bi-weekly chemotherapy treatments, Thane asked his wife Kathryn to bake cookies for the staff as a thank you for their ongoing work and support. Shortly after, when he learned that funding to provide cookies to the patients and their families was no longer available, he stepped up and provided the necessary annual financial support to ensure the patients’ cookies continued to be available, a proud tradition that Kathryn, and their children
Zachary and Jessica continue.

“For Thane, the cookies provided a perk – a little something to keep the patients occupied and provide a sense of normalcy for them in an otherwise stressful situation, which was very important to him,” said Kathryn.

Over the years, Thane became a familiar face around JBH, and a dear friend and advocate of the Foundation. Known for his “big bear” personality and dry sense of humour, he often attended and spoke at events, helping to raise money for the Foundation by sharing his patient experience and encouraging others to support their community hospital.

After a courageous battle, Thane passed away in June 2015, but his spirit and commitment continue to live on through a legacy gift to the Foundation to be directed to capital improvements to be made to the Cancer Clinic as part of the Redevelopment and Expansion project.

“I’m someone who planned and built schools for more than twenty years, Thane explained. I’m a capital works guy”, she said.

For Thane, Kathryn, Zachary and Jessica, continued support of Joseph Brant Hospital Foundation is about understanding and improving the patient experience, and the experience for their family.

“If our support can in some way – however small – make the next patient’s experience less frightening, less stressful and more comforting, educational, and efficient – then it is worth it,” said Kathryn.