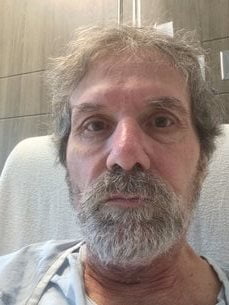 When George Stroe first visited the Emergency Department at Joseph Brant Hospital in late March, he had no idea the journey he was about to go on.

George had been experiencing symptoms consistent with COVID-19 including a fever, worsening cough and difficulty breathing. Following the proper protocols, he was isolated, tested and admitted to the hospital for further care.

Within the first day, his condition worsened to the point where he required admission to the ICU, and the following day had a breathing tube inserted and was placed on a ventilator.

“The reality is that I deteriorated very fast, in a matter of hours,” he says. “I would have died for sure if it wasn’t for the hospital with doctors around me who did all they could to save me.”

When he woke up, he was unsure of where he was and George says he remembered his birthday, and that he was admitted in March but he “had no idea was it April, was it May, was it June?”

Just over a week later, George was discharged from the hospital and still has no memory of his time in the ICU other than having high praise for the staff.

“Everyone took very good care of me,” he said.

After spending a month in hospital, George is relearning how to do certain things. While he can do most things unaided, he is relearning to write and to type.

“When I looked at my signature on my discharge papers I noticed how poor my handwriting looked,” said George. “But first and foremost, I’m happy to be alive. It’s a hell of a disease and I’m forever grateful.”